The Folkdancer 27 -  Hamble One Design - was Fredrick R Parker's original version of the Folk Dancer 27. Here H.O.D. Dancer (originally named Norsue) is being raced by Fred R Parker in the mid 1960's. 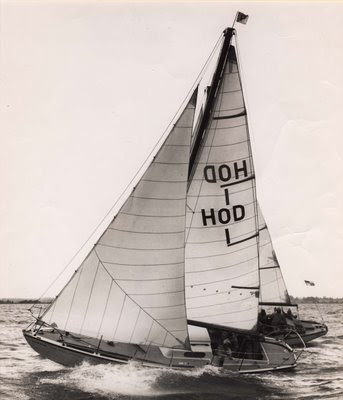 Folkdancer 27 is a British-made fiberglass sailboat designed by Fredk R. Parker, M.R.I.N.A and built during the 1960s (1969 -?) by Russell Marine, Ltd of Essex, England. The Folkdancer 27 (Folk Dancer 27) was based on the very successful Folkboat design.
This is Frederick Parker's personal one-design for racing, called Norsue, the prototype of the Hamble One design and subsequently the Folk Dancer 27. 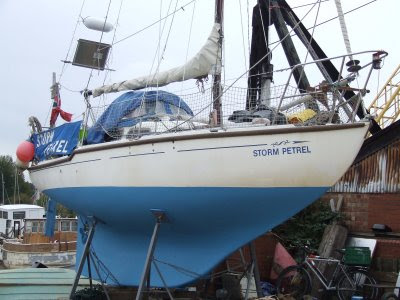 Next is Storm Petrel. 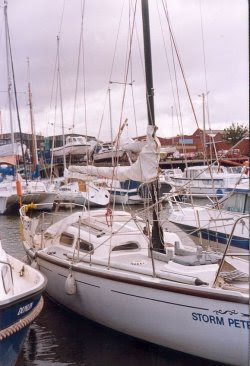 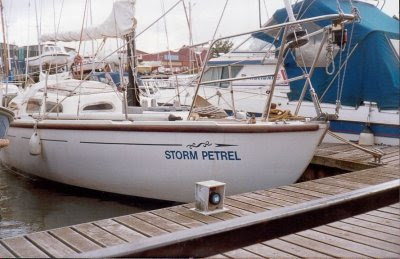 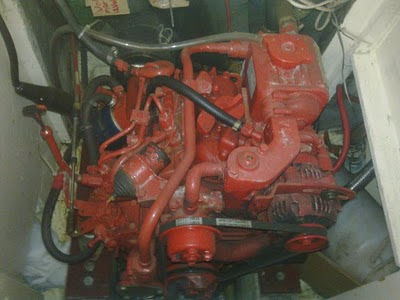 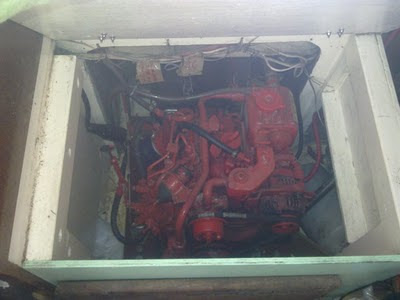 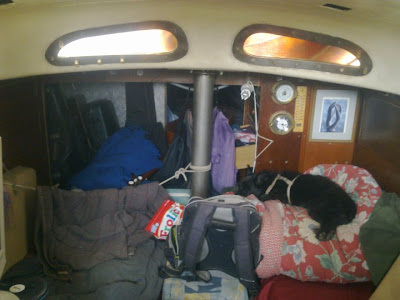 Approximate engine hours 300.
Sails, main with three reef points, genoa on roller reefing forestay, working jib all included. Standing rigging and running rigging plus many lines in a sack all included. Radar reflector included and radar detector Mer Veille by Ciel et Marine, detects ships radar at about five to six miles and shows strength and direction of ship with alarm tone and lights.
To sail her she needs tidying but she is structurally sound and complete. I sailed her single handed to Gambia from Britain in 2004 so she is a proven seaworthy cruising yacht and I have made improvements to suit the sea such as a seat in the companionway under the sprayhood.
There was previously a sea toilet installed and the Blakes sea toilet fitting is still in place so a Blakes sea toilet would go straight onto it. This is positioned on the starboard side near the companionway. 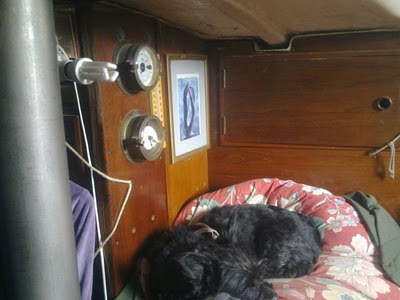 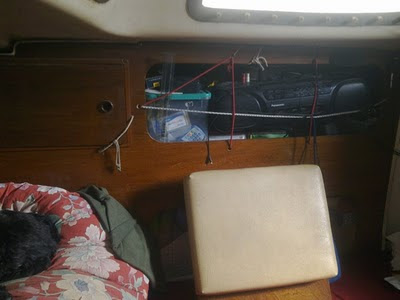 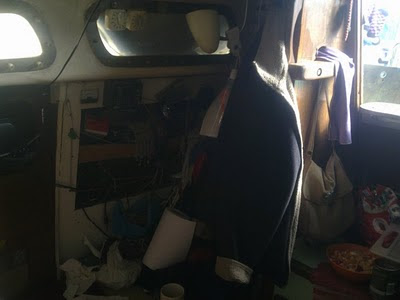 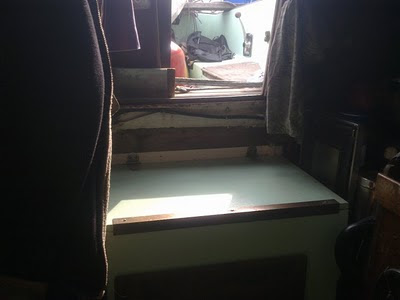 Storm Petrel was sold in February 2012. Good luck Annabelle and Jason with many happy years and the wind at your back aboard Storm Petrel.