Three musicians met in Woodbridge at The Anchor pub Monday night jam. When the acoustic guitarists all went out for a smoke, the pianist, bassist and saxophonist found a shared interest in jazz standards, like Miles Davies, Dave Brubeck, and Ella Fitzgerald. And the blues.

Pianist Barry Kingston had worked as a producer with EMI and indie labels before spending 20 years at a music school in the south of France.

Saxophonist Clarissa Vincent had busked all over Europe. A five year solo sailing voyage took her to west Africa and 230 miles up the River Gambia where she played saxophone with a Senegalese band.

Bassist/vocalist Garry Wiseman had played in local bands since age 11 and works as front of house engineer at the Seckford Theatre in Woodbridge.

Drummer John Squirrel met Barry at a pub jam in Happisburgh on the Norfolk coast and brings a welcome hint of rock and country music to the jazz and swing of the band.

With 157 years playing experience between them, each of them is still learning. The Anchor pub in Woodbridge bought them together and they still meet there for a Monday night jam when not gigging.

The Barry Kingston Band recorded an album of jazz standards and originals, 'So What!' in 2012. It can be heard on the website www.barrykingstonband.co.uk 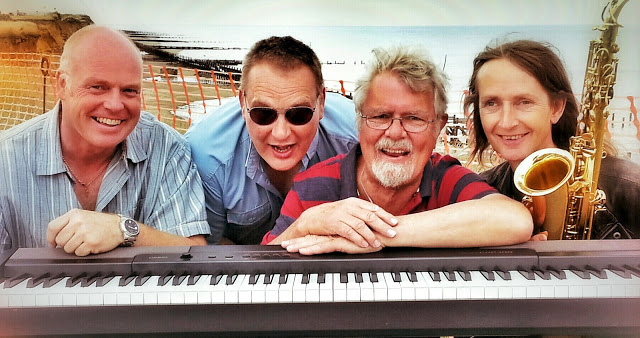