CVane self made wind-vane self steering 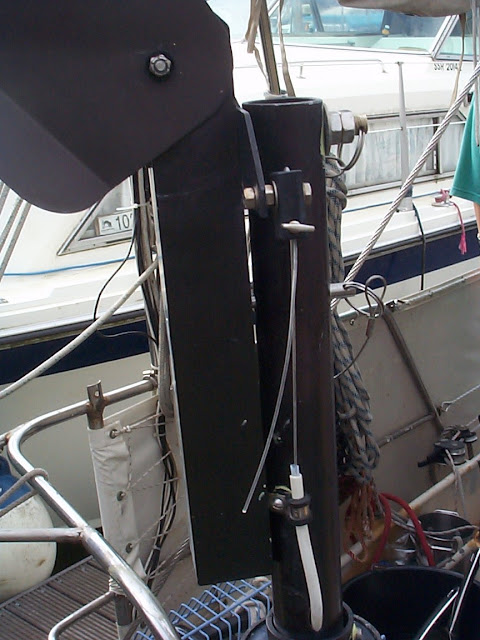 This is the American proprietary model, the Auto Helm, upon which I based my C Vane. 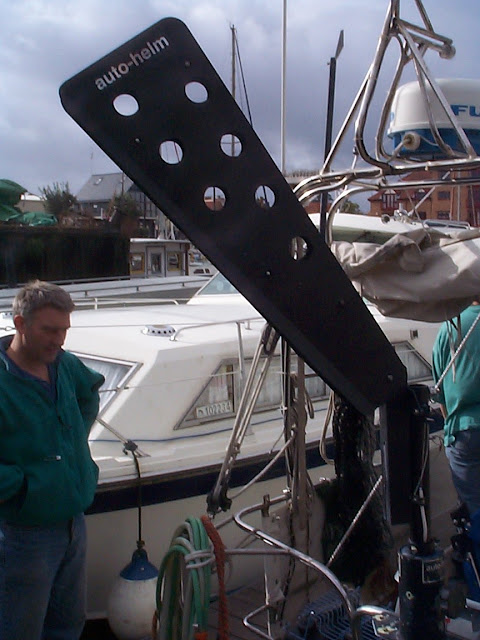 A yacht from the Falkland Islands, called Alpha Carinae, used the Auto Helm, which costs over 4000 Dollars. I took these pictures. The support post was quite short and bolted or welded to the pushpit. 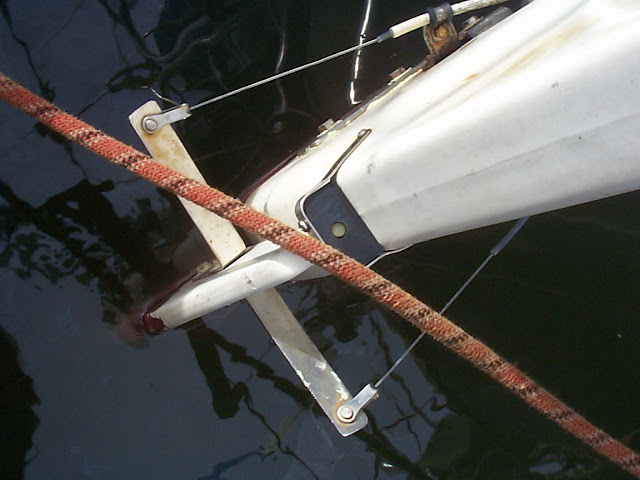 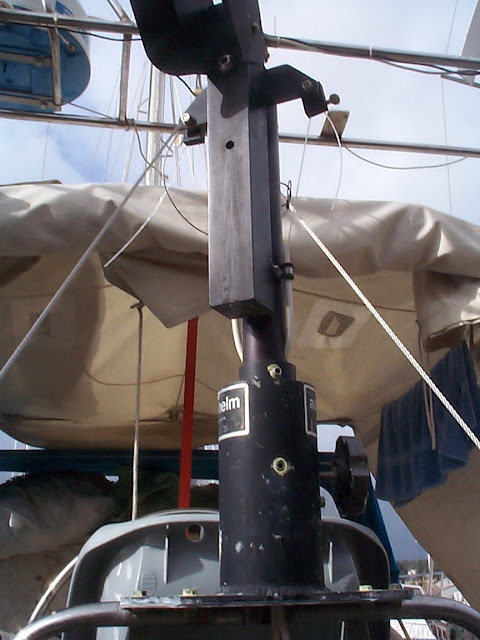 Below is my version, the C Vane. 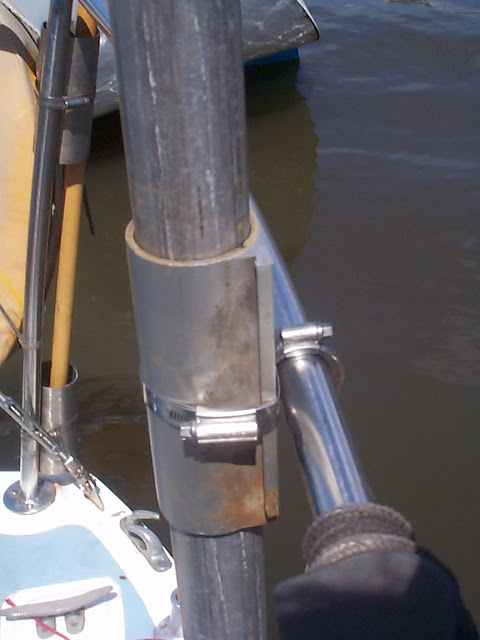 I made an aluminium support pole held in bushes which enabled it to be rotated. 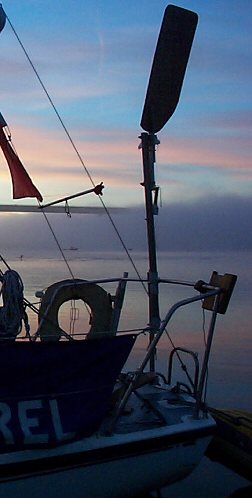 I hand sawed the various parts from scrap metals, aluminium and stainless steel. 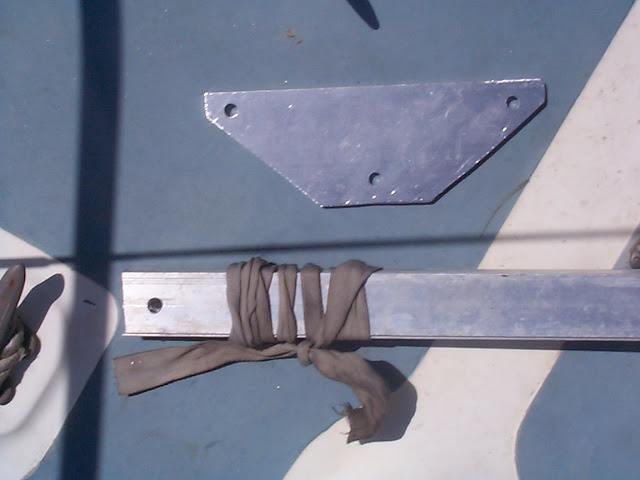 The aluminium fulcrum was cut out and a problem showed in the lower part of the supprot pole needed to be raised enough to allow the two tubes containing the control lines to exit in a smooth sweep down towards the auxilliary rudder. This was solved by adding an upright upon which the top and bottom bushes were clamped, the lower bush was raised and the support pole trimmed to clear the deck. 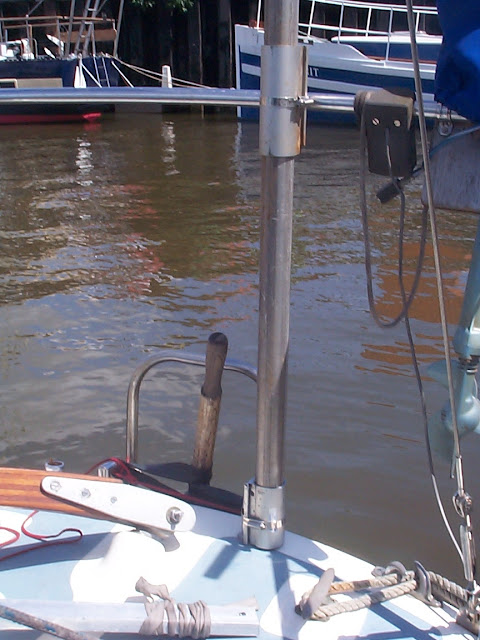 In Portugal I had access to the local sailing club's workshop, so I utilized a work bench, pillar drill, storage and work space to really get this thing built properly. 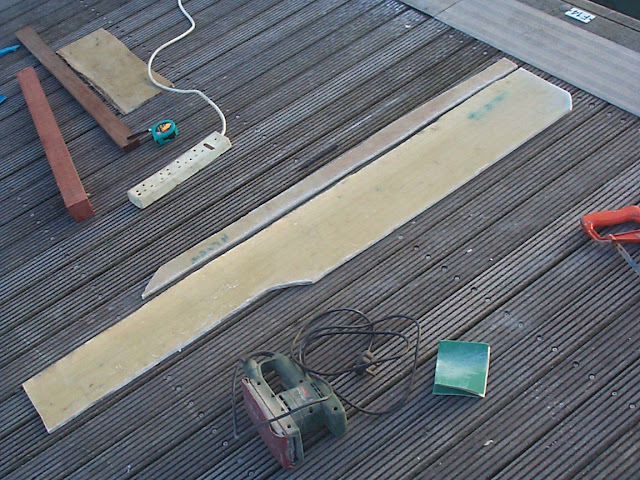 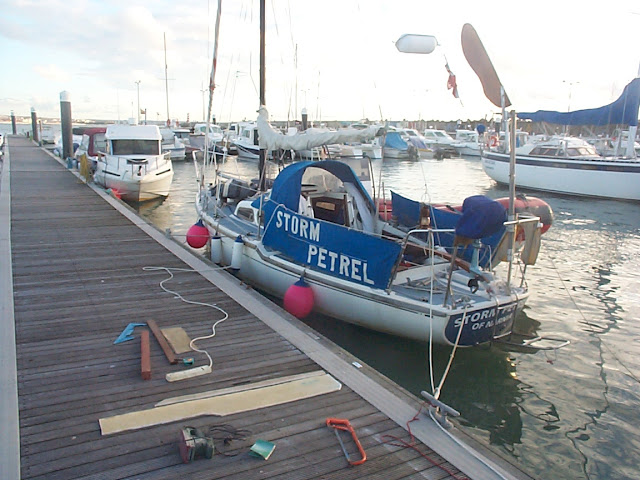 I found a piece of fiberglass sheet and cut it to the approximate size I wanted, with a 20% area in before the pintels. I cut a trim tab from the same material. 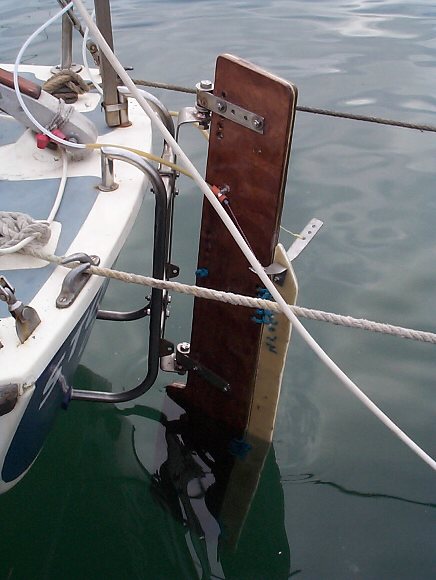 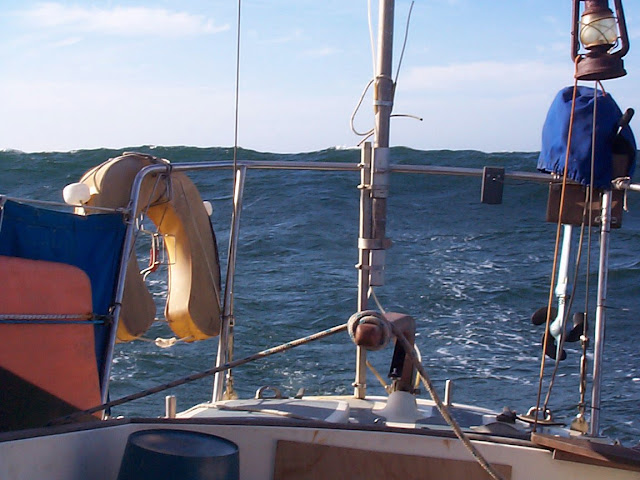 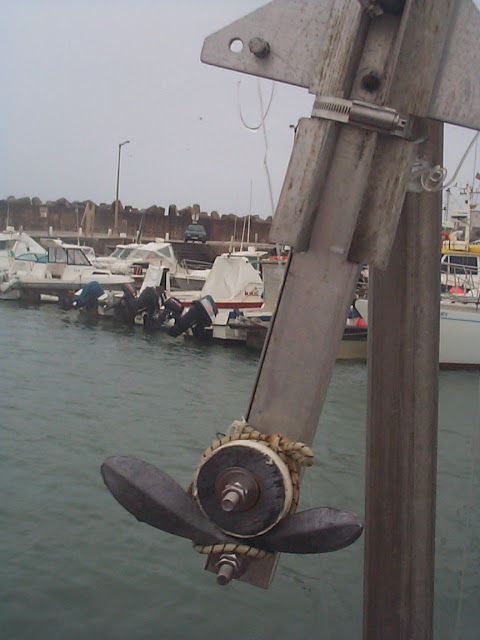 Fishing lead weights added to balance the counter weight more effectively, also with removable weights I could try out various sizes and weights of wind sensor vane. A fairly large vane worked best, simply radiused at each end, in 6mm plywood, coated with Burgess Wood Sealer to stop it soaking in water and changing weight. 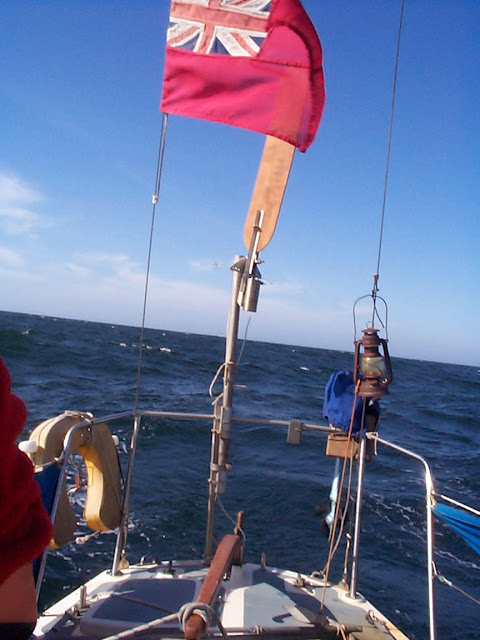 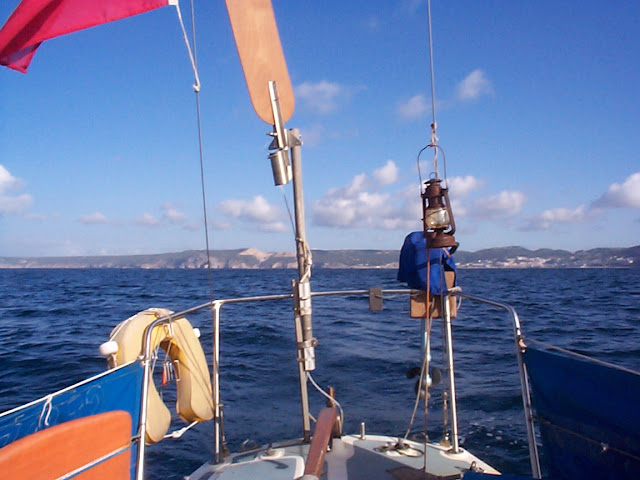 I used heavy fishing line as the control lines running in hydraulic tubing. At first there was much too much resistance. Two things changed this: WD40 liberally squirted down the tubes and loosening the control lines right off so they were sloppy, with just enough pull on the trim tab but relaxed when not pulling. 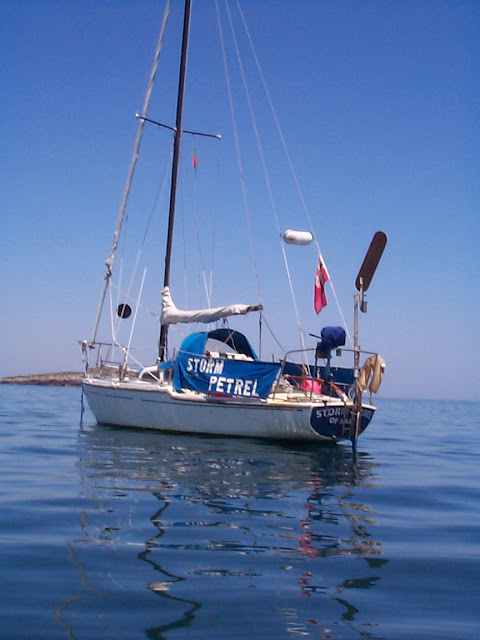 At rest after successfully steering in fresh winds down the coast of Portugal from Lisbon, around Cabo Sao Vicente where gale of wind really tested the CVane. It steered better as the wind strengthened. The main problem is in winds of less than force 4 when the CVane is more feeble and the boat wanders 30 degrees either side of the intended track. In winds above force 4 the CVane really controls the course to within 20 degrees. Of course the winds always varies by a similar amount to this anyway.
When sailing downwind, it is better to put the wind on one quarter or the other, so the sails are filled from one side, not goose winged. The Portuguese Tradewinds blew at force 5 to 6 and Storm Petrel was able to crash along almost down wind while I sat in the companionway playing guitar. It was a most liberating development.
Newer Post Older Post Home