11 days in The Africa Channel

The Sahara Desert Atlantic coast runs from north to west Africa. The sky was full of sand - a murky silvery grey with the sun a gloomy disc. At night the full moon was an identical gloomy disc. Three killer whales passed , heading towards Mauritania, I saw turtles and Portuguese Man o' War jellyfish, tentacles trailing deep underneath and inflated sblue/purple ails catching the breeze. Everything on Storm Petrel was coated with dirty light brown sand. I stayed at least 40 miles out to sea, but even from that far, smells came on the night breeze from the Mauritanian cities of Nouakchott (Arabic translation - the place of the winds) and Nouadhibou - leather workshops, burning tyres, musk and food stalls, goats and sardines. The disputed lands called Western Sahara had no scents, my nostrils only detecting The Atlantic Ocean, the oily smell of a ship every few days. Beyond the southern limit of the desert is Senegal with Dakar coming strong on a hot breeze of big city aromas. Still 40 miles offshore before landfall at Dakar I was bitten by a mosquito blown out on the same night breeze that carried those tantalising scents of solo adventure. 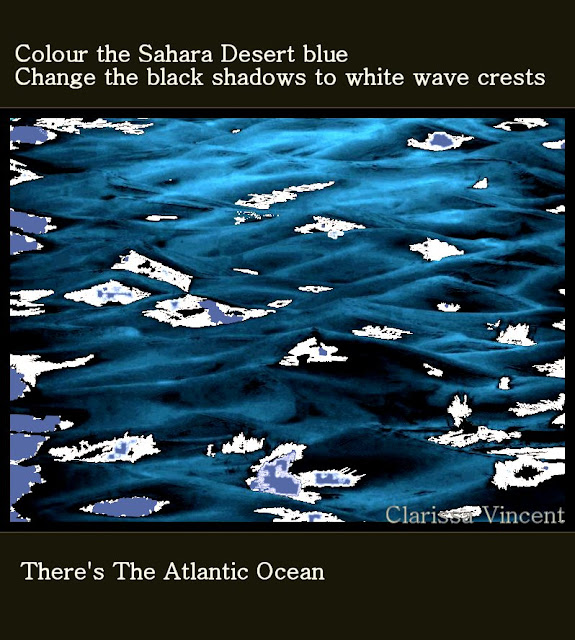